When your staff is frustrated and resentful, morale and productivity can take a big hit. Knowing how to spot the signs may help you preempt a full-scale rebellion. 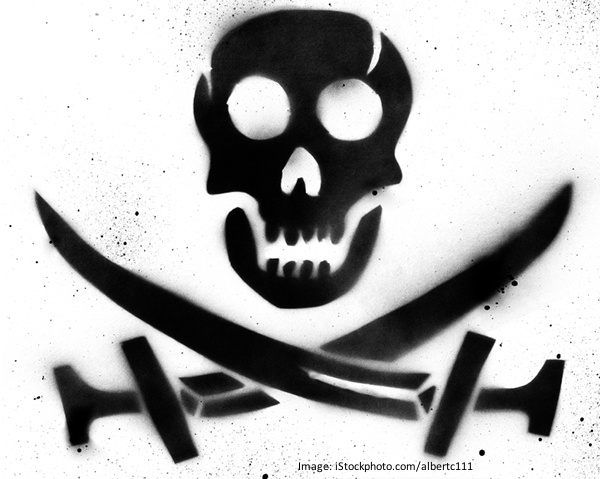 You've always run a tight IT ship. But lately, well, things aren't going so well. You've ramped up your clients, which dramatically increased your staff's workload. And now your smooth-running operation is running off the rails. The likely endgame to continuously overworking your staff is a mutiny. Many times, it comes without warning. The big question here is, if you knew the warning signs, would you do something about it?

As someone who has been on both sides of this disastrous fence, I'm here to share some of indications that a mutiny is about to hit. How you react will have a direct impact on how your company survives growth, shrinkage, and all the typical hurdles associated with running an IT department or consultancy.

Nearly everyone has been a part of this. You walk into a room and the discussions turn to whispers, which quickly die off. As the whispers fade, those involved scurry off to their cubicles or offices, never to tell their tale again (at least while you're around). Those whispers are most often of woe or even anger directed at you, the management of the company, or the company itself. If these whispered tales of woe continue (or worse, grow), you can bet a mutiny is in the works.

This one is classic. If your employees tend to dress casual every day, and out of nowhere, they are reporting for work clad in a suit and tie (or skirt suit), chances are good those snappily dressed staff members have job interviews. This is especially dangerous when it happens and fellow employees aren't bringing it up. When the employees are silent on the suit-and-tie affairs, you know they are all aware of what's happening. At this point, you probably have a silent mutiny on your hands and it might be too late for some of your staff.

IT pros tend to not take a lot of sick leave. They know what's on the line if they do. When the sick days start coming in clumps (especially when it's happening with multiple staff members), people are reaching a boiling point and are doing everything they can to keep from blowing up onsite -- or they are avoiding the suit-and-tie affair altogether. When sick days start piling up, you can bet something much worse is on the horizon.

One of the most dangerous shifts in IT is when your staff suddenly stops completing jobs. Those incomplete jobs not only pile up, but eventually cause more work and stress for other staff. When that happens, the mutiny will start within but will eventually reach outside your walls. Clients will start complaining and the word will spread. If you see a lot of jobs not getting finished (especially if this is a major change in behavior), you should immediately assume dissension is building among the ranks.

Related to the completely incomplete: If competency takes a nosedive for no apparent reason, something is amiss. Either your staff members have reached the point where they simply don't care or their hearts and minds are elsewhere. Either way, this is dangerous territory because it will have an immediate impact on your ability to run a business.

Are your staff members starting to argue with you more and more? Are staff members who never argued before starting to argue? Those arguments are being driven by something within the company -- more specifically, unhappy employees. If a handful (or more) of employees are arguing every point they can, that's a sure sign that something is about to boil up from the depths. The hardest part about this issue is that your chances of winning any of those arguments are slim. Best to find the root of the problem before trying to back down the angry staff.

Does it seem like your staff is spending more time on social networking than normal? And to make this more pronounced, are they spending that time on social networking accounts that you aren't a part of? If you can't see their social feeds, it's possible they are lashing out at the conditions of their workplace. This is a tricky area because you don't want to tread on their privacy, nor do you want to seem paranoid (which would only feed into the uprising). You could, of course, block social networking from the workplace, but that's not going to stop them from venting once they get home. The other layer of this nasty cake is that word will spread (and spread quickly) of the discontent of the employees. That kind of backlash could have serious ramifications.

Do you find the majority of your employees walking around with furrowed brows? The demeanor of your employees during the workday says quite a lot about their state of well being. But it's not just in the facial expressions -- it's in the words they use and how they use them. Are you hearing an increase in profanity used within the workplace? All of this points to one centralized them -- discontent. If those employees remain discontent, the mutiny will follow.

Does your staff avoid you at all costs? Do they leave the room when you enter? If it's not just you, are the staff members avoiding anyone within management or higher? Take this one step further: Are duties being avoided? Rules? Etiquette? Contact with clients? These types of avoidances should be taken seriously - especially when en masse. A shirking of duties once in a great while says one thing; when it becomes regular (and by multiple employees), something is amiss.

Have your staff members started arriving to work late? Are their client schedules starting to reflect this tardiness? Do they seem to be making more and stranger excuses for being late? If this is the case (and it's widespread), your staff no longer cares. If this type of apathy isn't dealt with, it will lead to a serious downfall of morale -- especially with the remaining few who do care. And if you can't get the root of the issue, a mutiny will occur.

There are certain situations that can't be avoided, and there will always be unhappy employees. But when the few become the many, you're looking at a company-wide uprising that could wind up costing you more than you might expect. Do not allow your situation to reach this critical mass. The second you spot the signs, take action to get to the heart of the issue.

Have you ever found yourself in the middle of a full-blown IT insurrection? What signs of impending mutiny would you add to this list?